Teacher-assessed grades were unreliable: what could have been done differently?

A new survey suggests that public confidence in the reliability of GCSE grades that were given during the pandemic was low. How can we more reliably incorporate teacher input in official grading?

The teacher-assessed grades given to GCSE students in 2021 were not a tried and tested solution before it was used. The government was caught without a plan B when the lockdown began, and although it was proposed in 2020, it was ultimately judged that it was an unfair process for that year, given the disruption to learning so late into the school year.

So how did those directly affected by the changes feel about the grades compared to the normal exam system?

Ofqual aimed to answer that question, and they have just published the full results of their study, performed by YouGov, that explored perceptions on how confident various stakeholders felt in the GCSE results of 2021. Respondents were surveyed in four waves between March and September 2021 to take into account both pre and post-assessment feelings.

What stood out in the study?

What pupils’ grades were based on varied from school to school, but it was a combination of either their overall performance in class, mock exams, coursework, or predicted grades.

While just over half of the respondents from teachers, students and parents said they were confident that the arrangements were as good as they could be given the circumstances, it was clear that overall confidence in the reliability of the results was low across all stakeholders. Only 37% of all respondents, including students, teachers, and senior leaders, felt that the GCSE results were reliable, down from 68% when asked if they felt the same pre-pandemic.

The key concerns stemmed from a lack of faith that the results could be completely free from bias. Only a quarter of all wave 4 respondents (post GCSE results day) agreed that they could be fully impartial, and this view was particularly prevalent among students from either disadvantaged or minority ethnic backgrounds. Among the latter, less than a third of respondents thought their results would be free from bias, while around a third thought it would be fair.

Was there a better way?

In truth, there was no fairer way of grading students given the circumstances, but the spike in positive results compared to exam-based assessments before the pandemic raised questions about the robustness of the process. So how can the reliability of results be improved?

Ultimately, while there was a reasonable amount of confidence (64% of wave 4 respondents) that teachers had the expertise to make accurate decisions on grades, only 39% trusted that they were going to be provided with sufficient support to help them. Teachers need a better platform to work from when it comes to making accurate judgments on students learning.

The e-spaces app is the first in-lesson assessment tool that stores data and helps measure a pupil’s progress against their predicted grades. While this gives teachers an easy-to-use, bias-free way to make informed decisions on how a student is progressing, it also helps identify stumbling blocks in pupils learning throughout the school year more quicker, giving more time for them to be overcome through targeted support.

Several schools have signed up to trial our BETA version now. Find out how your school can join in by contacting us here. 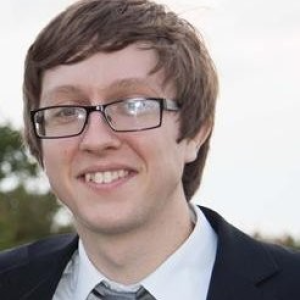 Web Content Writer and Editor at E-spaces. With a passion for the written word, Christian is enthusiastic about sharing how ed-tech can revolutionize and improve student outcomes in schools across the UK

Do Students need a reformed education system for a changing world?

Do students ultimately leave school prepared for the working world? Is the stress that is placed on these pupils the most effective way of education for them?

Happy New Year! Get Our latest E-Spaces Newsletter Updates, for January 2023. We are progressing in making learning seamless, fun, and connected!